Augustus 29, 2018
Team sent by Strand congregation
In Mozambique, we worked with the Reformed Church in Mozambique. The team from South Africa consists out of the following:
Danie and Bonny Murray went with to facilitate the outreach.
Venicius Elizabeth (Bet) and Ester Bantim went with and really served the communities with their gifts. 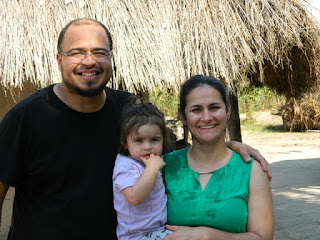 Beforehand
The congregation of Strand Reformed Church did a lot of work to help organize this outreach. We included the Bantim family part of the outreach family. Later on, they admitted that it was a scary new experience into the unknown. Our faith was also tested when the invitation letter only reached us the day before we leave, but everything built up to an outreach where we daily could see how God works.
The congregation also gave us the critical prayer support that was proved through experiencing and seeing God at work.
Training
Bonny prepared teachings about forgiveness and it also proved to be part of our Father's plan.
Elizabeth had lessons about Bible stories and salvation, that was also very needed. She worked with a lot of energy with women youth and children. Danie worked on how a true relationship with God can result in a life the testifies about our God. Vinicius prepared a good theological basis for making disciples. As he always says: It is good to have children, but it is better to have grandchildren.
Reaching Mocuba
We flew to OR Tambo airport and family of Bonny went out of their way (an hours drive) to get us, feed us with the best food ever and brought us back.

We were bit scared about the visums at Maputo, but it went very smoothly. At Maputo, I heard that our transport is not available to fetch us at Quelimane.
After arriving at Quelimane we had to hire two taxies (cars) to take us to the minibus rank. There we got on a minibus to Mocuba and from there we used the synod car. We had the car for the rest of the outreach. Bernadette gave us a lot of love, food and accommodation.

Youthwork
The youthworker and lady from Milange did not arrive and we could not do the mailbox work. We are in discussions to leave the transport money for the youth to go and visit the 3 congregations in October with Felizardo. I want to work with the leaders of the youth because I think they are a bit stuck in a rut, but will have to do that on a later stage.
Program
We went to Magodane and started with a church service. 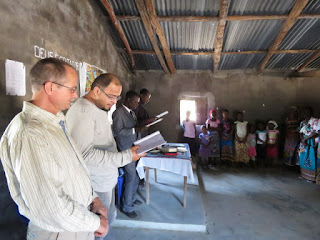 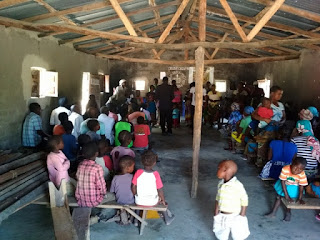 The afternoon we had a joint listening time to determine what the Lord is doing, how they are doing in the community and then devided in groups for children women and men. At one stage with the men, we were analyzing the growth of the congregation and we discovered that the traditional beliefs are very deeply rooted. It is impossible humanly speaking to make a clear choice, there are to much fear. We had a deep discussion on being rooted in Christ and through Him, how to overcome the fear. 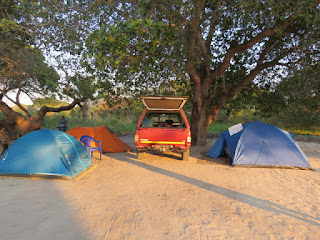 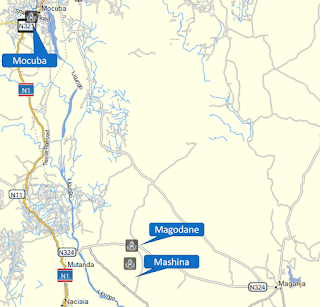 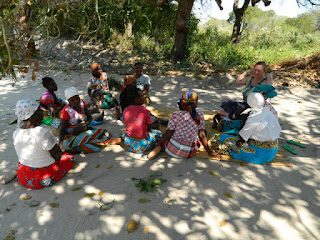 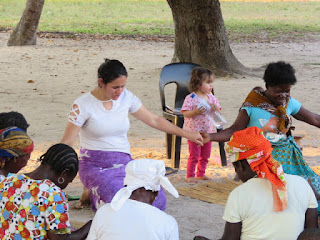 On Monday we went to a new area with the name Mushina and worked there for the day. We came back just before dark as the car do not have lights. 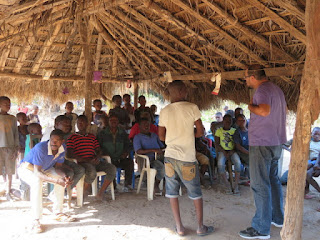 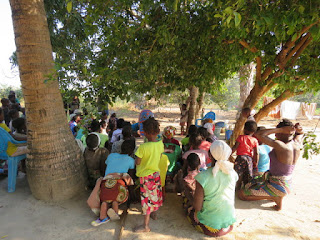 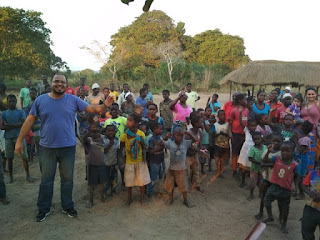 On Wednesday we did a very fruitful session of house visitation after wich we went back to Mocuba before dark.
Thursday was a very needed day off. 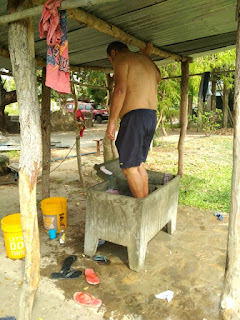 Friday we went to Muraba for the day, where we encountered 4 snakes, but even that fitted in as it appeared with the story of the snake in the garden. We started slow but later on we attracted many especially youth from the area. 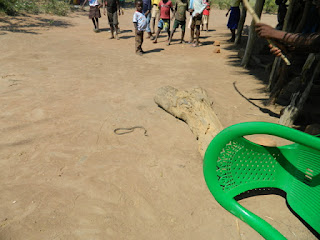 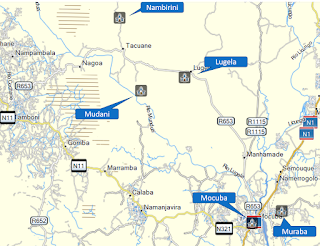 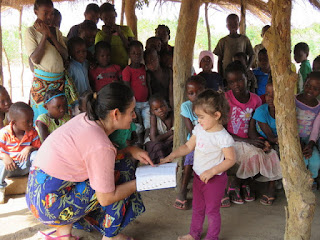 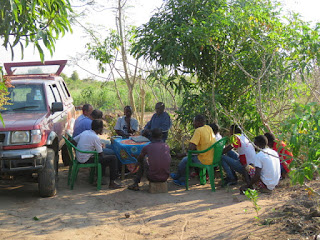 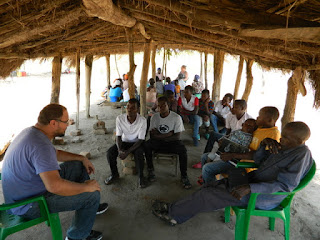 Saturday we spent with Mocuba congregation and had many more participants than previous years. We divided in groups and the studies were blessed.
On Sunday we had the church service and Vinicius preached. After the service the congregation stayed behind and we concluded our studies. 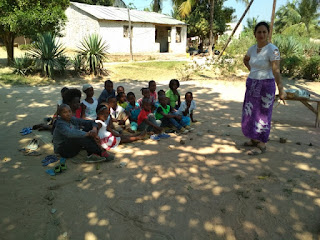 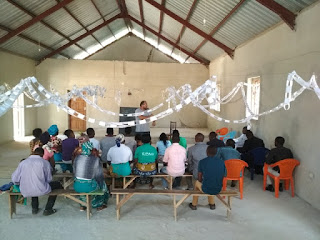 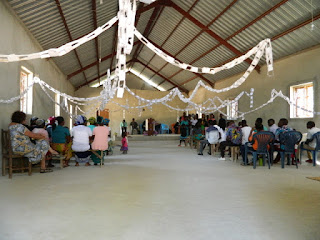 On Monday we went to Lugela and did the studies there. Also here we experienced that the Lord is working. It is sorry that the pastor were not there as he was on a mission trip in Nampula. 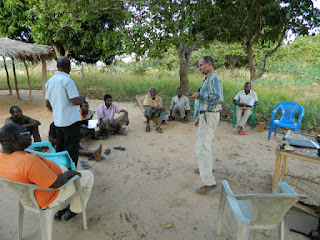 Tuesday we went to a area just before Tacuane with the name Mudani. The message of our visit did not get there in time and they thought that we will come on Sunday. As a result of this, we started late, although we kept the children busy. The time were short but it went well. The road were bad, but we returned with last light. 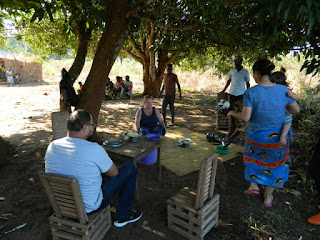 For the last day we took our tents and went through Tacuane into the mountains and worked there for the day at a place called Nambirini. People were very open and we had a good day in this beautiful area. 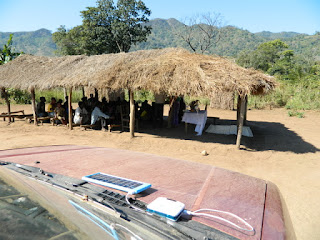 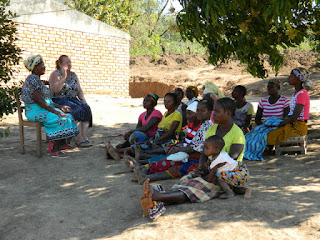 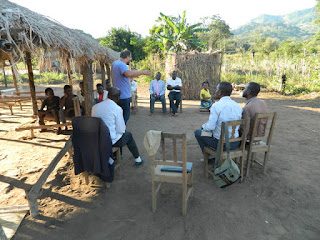 In the morning every one helped pushing the car to start and we went back to Mocuba.
The car managed to reach Quelimane where we had Lunch in Chuabo Hotel and I dropped them off at the airport. They flew down to Maputo where they stayed over in the hotel and the next day flew to Johannesburg, stayed over at Bonny’s family and arrived back in Cape Town. I took the car back to Milange from where I can continue with the work.

Women's work
This work was mostly done by Bonny and Elizabeth helped sometimes.
The reaction on the forgiveness training brought women on their knees before God and they were also very open to share very intimate problems.
Partners
This we believe is God’s work. He used the calling in the heart of the Reformed Church from the congregation of Strand. They organized the outreach, took responsibility and paid the costs. They were also the back bone for praying for this outreach. This they did in collaboration with the Tumbine synod of the IRM and the three congregations involved.
Conclusion
It was a good outreach. We learned more about our brothers and sisters circumstances and needs. Our relationship grew and on the long term we could see growth in the three congregations. This time also, I believe that God planted many seeds, and we are positive that it will bear fruit. These seeds were not only knowledge, but with the gifts of the Bantim family, real sharing of our Father's love.