Mei 28, 2012
Dalk spreek die volgende aanhaling jou ook aan soos vir my: What answer might you expect if you asked scientists in a Communist setting to account for America’s success? That was the assignment given the Chinese Academy of Social Science in 2002. What they found surprised them, and stunned Western intellectuals, too. Here’s their unforgettable statement, as David Aikman reports it in Jesus in Beijing : One of the things we [Chinese scholars] were asked to look into was what accounted for the success, in fact the pre-eminence of the West [America] over the world. We studied everything we could from the historical, political, economic, and cultural perspective. At first, we thought it was because you [America] had more powerful guns than we had. Then we thought it was because you had the best political system. Next we focused on the economic system. But in the past twenty years, we have realized that the heart of your culture is your religion: Christianity. That is why the West is so po
Plaas 'n opmerking
Lees meer 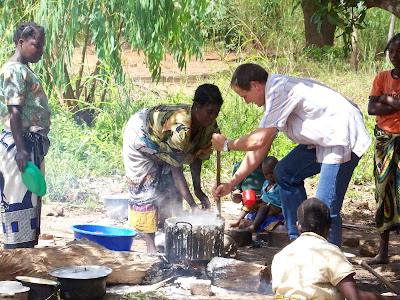 Mei 24, 2012
Morality and law. “I killed my daughter.” Toronto taxi-driver Muhammad Parvez, 60, had just strangled his 16-year-old daughter, Aqsa. So he dialed 911 and reported. Nobody could accuse him of hiding his crime. Maybe no one was surprised when,  last week in court, he pleaded guilty to the 2007 murder . People often claim that “you can’t legislate morality.” Such a statement doesn’t square with reality.  In actual fact, all law is based on some moral code. The question is not “can morality be legislated?” but rather,  which  morality will be legislated. Western society was built on the moral code of Judeo-Christian theism. But atheism also has a code, built on arbitrary absolutes. And, as the Aqsa  murder story brutally illustrates, Islam has its own (fierce) moral code as well. The last few years in Canada have included discussion of allowing sharia law to operate in some domains (marriage, family and business disputes) “ under the umbrella of Canada law .” Such a notion seems tantamoun
Plaas 'n opmerking
Lees meer 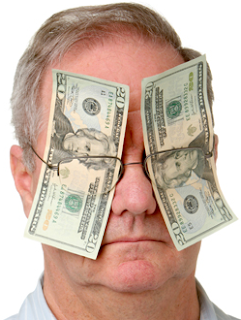 I think he describe this aspect of the dependency problem very well. Only in the part of the schools I think he simplifies a much more complex situation. Aid that Increases Poverty? A Case Study in Unintended Consequences (If you click on the title, you will see the article on the blog of “Discipling the Nations - Darrow Miller and friends” were it were published). Posted: 21 May 2012 08:53 AM PDT by Scott Wisely Scott Wisely was born in Thailand to missionary parents, attended boarding school in Malaysia and spent four years in the Philippines. After earning a Masters degree in Third World Economic Development from Eastern University he has served in Papua (formerly known as Irian Jaya) since 1996. Scott describes his service as “focused on wholistic ministry with a big emphasis on discipleship.”  In particular, he helps operate an elementary school, a strategy which “impacts the whole family and community.” Papuans were totally self-sufficient for thousands of years so it is a diffic
Plaas 'n opmerking
Lees meer

Love is the answer, because God is love.

LOVE NEVER FAILS: The Christian Response to Jihadism Posted: 10 May 2012 11:01 AM PDT Governments have the responsibility to defend their nation against terrorist enemies. But the church has a different responsibility: to love. Christ calls us to love even our enemies. The church responds to the violence of the sword with the vulnerability of the cross; to the culture of death with the culture of life; to hatred with love, injustice with justice, tyranny with freedom. Andrew van der Bijl  (b. 1928), known as Brother Andrew, smuggled Bibles into communist countries during the height of the Cold War. After the fall of communism, he turned his attention to the Middle East. “We cannot win the war on terror with guns and bombs,” he says, “because everyone we kill is replaced by dozens more who seek revenge. . . . We believe that if millions of Christians would respond to Muslims with the love of Christ, that would do far more to remove the threat of terror than our military activiti
Plaas 'n opmerking
Lees meer

Mei 06, 2012
African view on short-term outreaches Oxcar Muriu, Nairobi Chapel pastor (summarised version of an interview with him) Do short-term mission trips help? They work for the West; they don’t work for us very well. We don’t call them “short-term missions” any more. We call them “short-term learning opportunities.” The problem with calling it a mission is that it implies an agenda. There’s something I need to come and do for you, or to you, to better your life. In reality that doesn't happen in two weeks. Life is far too complex for that. The greatest benefit is that you come and you learn. Unfortunately, not enough short-termers are listening to the two-thirds world, who receive them. Americans tend to be very poorly informed about the world. America generates enough news on its own that its news organizations don’t have space for international news. Yet America exports so many movies and so much news that everybody around the world knows about America, whereas the American knows about
Plaas 'n opmerking
Lees meer 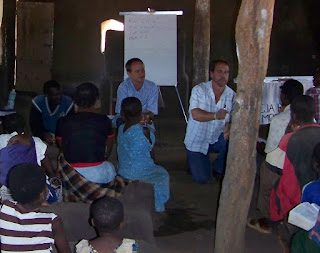 After this past month's visit to Milange which included two vision conferences, two visits to congregations and a synodical meeting, I became more aware of uncomfortable differences in understanding of leadership. The way you think about leadership has big consequences. If you understand leadership as controlling people and that you are doing the important work and the people only give you the position by voting or by tradition, your way of managing is influenced by it. Your work as leader is therefore on a higher level and you are more important than the “normal person”. For anything to work well, you have to control and steer it because you are the one that knows the objectives. The normal person has to obey your rules. My understanding of Biblical leadership is very different. Leadership is still very important and coordination is still very important. But think yourself in a position where the normal person or member in the church is the most important person. You handle them
Plaas 'n opmerking
Lees meer
Meer plasings