With Annlin congregation in Mozambique (Mocuba and arround) 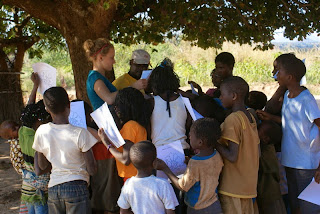 I arrived in Mocuba before them and could receive the team there. They are mostly from Annlin DRC congregation from Pretoria, but also some others who joined in. We had a day of orientation that went very well and the attitude of the team became their great testimony. They decided to serve and learn while talking about christian practical issues. The team divided in two and I joined the one group going to Lugela. They played with the children, did skills with women braiding hair, sharing food and became really intimate. So much so that from both sides, greeting was with a bit of tears. With the leaders from the men women and youth, we talked about Stewardship. They shared with us a few stories through which God were experienced as real and part of their community. The story of Sara and here baby whose life's were saved not only by the previous intervention of the teams of South Africa but clearly because of the grace of God. The others story of a child with skin problems that were
Plaas 'n opmerking
Lees meer

With Villiersdorp in Mozambique (Pemba) 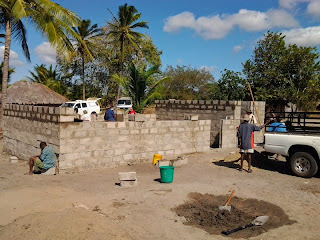 The team were organized through the DRC church in VIlliersdorp, with members of other churches also involved. Some were families and we left with four cars. Driving to Mozambique On the first day 19th of June, we managed to reach Senekal in the Freestate. We were spoilt by the church people there. Then we continued east to enter Swaziland from the south. On our way we heard that the bridge over the Save river were closed because of political turmoil. So we decided to go through Zimbabwe. We took the road to the north and reached Loskopdam the evening where we camped. One of the team members left us there with a bad back pain. From there we reached the border where we encountered a few challenges. Firstly the Migration people wanted the birth certificates of the children and we did not have all of them. Firstly they did not want us to cross and that was very emotional. We pleaded and continued to explain and then they allowed them. Then we had to stand in the row for 5 hours to get cust
Plaas 'n opmerking
Lees meer

With Strand Congregation in Mozambique 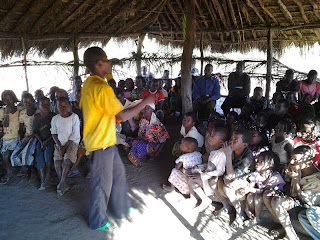 Sunday School training outreach with Strand reformed Church   The first team was actually a very small team. In the last hours we heard that the material we wanted to use on the outreach did not arrive in Milange. Dirkie managed to get the material and we had to divide it between us for the flight to Malawi. We made the weight limit and me and Dirkie flew out to Malawi. Kobus and Nana met us on the airport and we stayed the first night with them. From there we hired the Prado from Milange and went drove to Mocuba with Benjamin, the leader of the youth group of the synod. We met up with another youth leader from Magodane congregation in Mocuba. The first day of training were postponed for a day because of communication problems. It was a group of maybe ten that came for the training and the two youth leaders who did the training, did very well. Me and Dirkie only helped with a few small things. I had to talk about our calling specifically for the youth. They used material for Sunday sch
Plaas 'n opmerking
Lees meer
Meer plasings