April 12, 2013
Darrow Miller shared a moment from his lifestory: One of the milestones in my life was 1969 in L’Abri, Switzerland. Marilyn and I were studying with the Schaeffers. We were living in the home of Udo and Debbie (Schaeffer) Middelmann. One Sunday evening Udo said to me “You know, Christianity is true even if you do not believe it!” These words were a shock to me. In church, in my discipleship program, and in seminary, I had been taught that Christianity was true precisely because I believed it.After two sleepless nights, I realized what Udo was saying. Christianity is true, even if no one in the world believed it. It is true because God exists! It is true to reality! It was at that moment that I realized that I had a “born again” heart, but my mind had never been born again. I had the mind of an atheistic materialist. If there is no God, there is no truth. All things (including morals and beauty, for example) are relative. Your truth is whatever you choose to believe.
Plaas 'n opmerking
Lees meer

April 09, 2013
Darrow Miller helped me to see something new.

Rev 21:24  The nations will walk by its light, and the kings of the earth will bring their splendor into it.

Here the Bible talk about the new earth. Interesting enough the verse talk about kings of the earth. It helped me to understand that what we do here will be part of the new earth. That is why beauty is important. This help me to be motivated to show beauty through art and home. It helps me to understand why it is important to reign well and bring God's Kingdom principles in politics so that it can display His heart towards the world. This is why law needs His righteousness, to live out His Kingdom. Science can stand in awe for what God created and motivate us to know more to serve the world better. So we can continue.....

Darrow ends his article with:
Consider well how you spend your time, how you invest your life. The things you do on earth, for good or ill, count for eternity. What you create in this life that honors God may be …
Plaas 'n opmerking
Lees meer 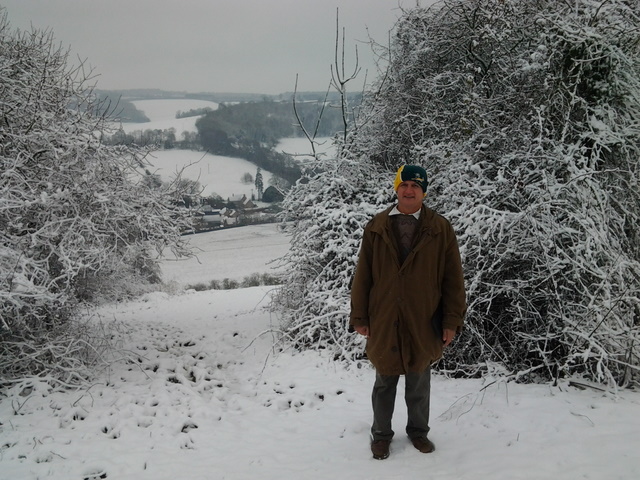 My visit to Marlow in the United Kingdom was a very busy time and I would like to give you a glimpse in some of the activities I participated in. Walks:
We went on a several walks with sometimes only one or two friends and on other occasions we were groups of members from other churches. It was around 0 degrees Celsius on most of the walks but that did not stop us. The walks helped to build relationships and we had good conversations and prayed together for the work in England and in Mozambique. Our Marlow friends prayed and will pray a lot for the work in Mozambique, for the future of the Taking Hands ministry and for the work in Gods kingdom also in England. They testified that this visit was a blessing for them. It helped them to feel closer to one another and it created a new peak in their enthusiasm for their calling. The visit also cemented our long distance friendship and together we are determined to keep our zeal alive for God and His kingdom.
Talks with other dominations in Mar…
2 opmerkings
Lees meer
Meer plasings